Richair installed a ductless mini-split system in our house

A year ago, Richair installed a ductless mini split system air conditioner & heat pump unit in our house. We were thrilled with the results. But on the first hot day of this Spring season, the system did not seem to be working as well as last year. I had just had the units cleaned a month earlier, in preparation for the summer, so I was surprised when they didn't cool the house.
The first repair man who came out did not find any leaks, but he did find a lot of spider webs inside the unit, and suggested a chemical cleaning, which is an extra expense.

These cleanings are recommended every few years, but I had suspected we might need such a cleaning because we hadlandscaping done after the installation last year, and it stirred up a lot of dirt.

The 2nd service man came, and when the chemical cleaning did not fix the problem, he then did a special test and located a small leak, which he said had probably been there since the installation, as it was in a joint that wasn't fully sealed. When enough Freon had leaked out, it eventually affected the functioning of the unit.

Once he properly sealed the joint and restored the Freon to it's proper level, the units began functioning well, just in time for the next heat wave. Hooray!

Although I was disappointed to encounter a problem already in the 2nd season, i was pleased with the end result, which was prompt service and a solution to the problem. 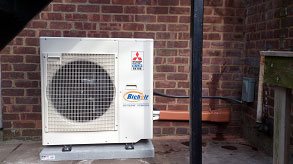 Ductless mini split systems are the ideal cooling and heating solution for installations where adding ductwork is impractical or too expensive, or a high efficiency system is preferred 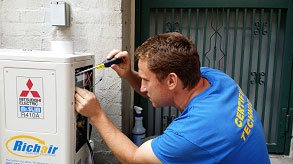 GET EXPERT SERVICE AND MAINTENANCE 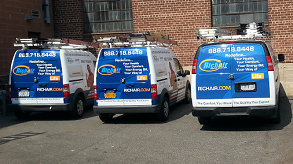 We constantly encourage our customers to take advantage of the latest ductless mini split system air conditioner and heat pump technology as efficient, comfortable and safe

See what Our clients say about us:

Is there anything we can do to help?

If you like us, why not spread the word!